Even when full service is restored, it will take about two weeks for the gasoline stored in Houston to reach gas stations on the east coast.

The largest gasoline pipeline in America is reconnecting, recovering from a cyberattack late Friday that increased pump prices and cut fuel supplies in the eastern United States

The Colonial Pipeline – an important source of gasoline and diesel for the New York area and the rest of the East Coast – was to restart around 5:00 p.m. East Coast time, according to a company statement.

The Alpharetta, Georgia-based operator said over the weekend it was forced to take systems offline on May 7 in response to the ransomware attack. Even when full service is restored, it will take about two weeks for the gasoline stored in Houston to reach gas stations on the east coast.

Gas stations from Florida to Virginia are running dry. In parts of the southern United States, three out of four gas stations ran out of fuel as of Wednesday, while in Washington, DC, cars line up for blocks as they wait to fill up. 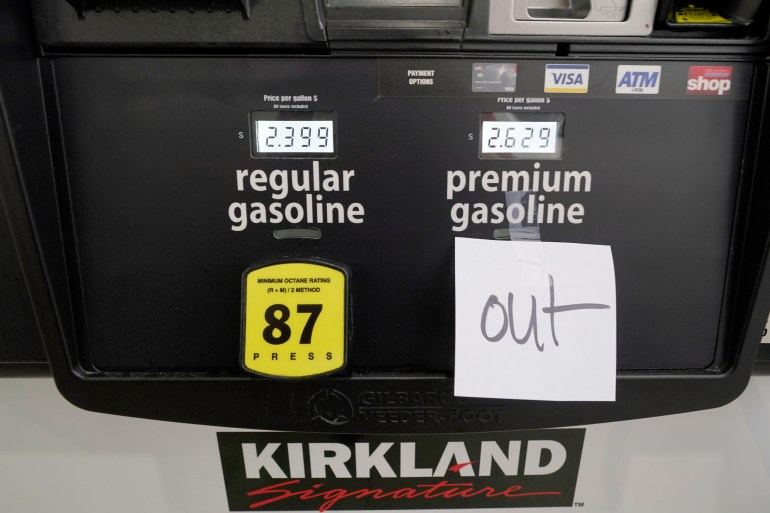 The disruption of the colonial pipeline resulted in a rise in gasoline prices and fuel shortages in some areas. File: Rogelio V. Solis / AP Photo]

The supply disruptions highlight how vulnerable the American fuel supply system has become as a result of the increasing attacks by hackers on the energy infrastructure in recent years.

Colonial was just the latest example of critical infrastructure targeted by ransomware. Hackers are increasingly trying to infiltrate vital services such as power grids and hospitals.

The escalating threats last month prompted the White House to respond with a plan to increase the security of utilities and their suppliers. Pipelines are a particular problem because of their central role in the US economy.

The attack on Colonial came just as the country’s energy industry prepares for summer travel and fuel demand recovers from lockdowns related to pandemics.

It was reminiscent of a 2018 cyber attack that disrupted a third-party communications system used by several natural gas pipeline operators in the United States. This hack didn’t stop actual gas flows, but it delayed utility billing and made it difficult for traders to predict deliveries.

The Federal Bureau of Investigation attributed the violation to ransomware created by a group called DarkSide. There was some evidence linking DarkSide to Russia or other Eastern European countries. President Joe Biden said Russia has “some responsibility” to tackle the attack but has stopped blaming the Kremlin, saying “there is evidence” that the hackers or the software they are using are “in Russia”.

This isn’t the first time Colonial has been forced to shut down. In 2016, an explosion kept the system out of service for days, increasing gasoline prices and forcing the New York port market to become more dependent on fuel imports from overseas.

Colonial has the capacity to ship approximately 2.5 million barrels per day on its system from Houston to North Carolina and another 900,000 barrels per day to New York.

In ransomware cases, hackers deploy networks of malicious software that encrypt data and keep computers locked until victims pay the extortion fee, which can range from a few hundred to millions of dollars in cryptocurrency.

The utilities’ information technology networks, where email and other routine functions are performed, and the operational technology networks that control the actual functioning of the delivery of electricity or natural gas, are usually kept largely separate, which is why Colonial has decided to temporarily do both to switch off so unusual.

Michael B. Jordan Says He Would Be Open To Returning For ‘Black Panther 2’...