Surabaya, Indonesia – By Sunday afternoon, Winny Widayanti was still trying to contact her husband, 45-year-old Colonel Harry Setiawan – one of the 53 crew members aboard the Indonesian submarine KRI Nanggala-402.

She took photos of her husband’s friends who came to their home and sent them to him and continued to send updates about her children, although the messages were never returned.

“My heart is broken. It is completely destroyed. The hardest thing is to explain it to my youngest child. I can’t hold back my tears,” she said to Al Jazeera.

On Sunday evening, the Indonesian military announced that they had found the affected submarine at a depth of almost 840 meters, which had broken in three parts. At a press conference, military chief Hadi Tjahjanto announced that all 53 crew members had died.

The families of the crew of KRI Nanggala-402 had continued to raise hope despite projected oxygen supplies on Saturday, and prayed for the safe return of the crew, who had been missing for nearly a week. The submarine lost contact on Wednesday while conducting live fire torpedo drills in waters north of the Indonesian island of Bali in the early hours of the morning.

But when news spread that the sailors had perished, family members paid tribute to the crew of the affected submarine, which was built in 1977 and entered service for the Indonesian Navy in 1981.

A portrait of Munawir and his family. Aura Aulia is on the right [Courtesy of Aura Aulia]Aura Aulia told Al Jazeera that her father, Second Lieutenant Munawir, was a serious and straightforward seaman known for his disciplined style.

“If someone asked him to do something, he would immediately work on it without a word,” she said.

“Even when he wasn’t working, he always wanted to do something productive, such as B. tinkering with the engine of his car or motorcycle or repairing things in the house.

“He also loved traveling and had a great sense of adventure. He used to take us to places like Malang, Blitar and Madura on holidays all over Indonesia, or we would go out to dinner as a family. “

Gresilia, the wife of First Sergeant Rusdiyansyah Rahman, who was in charge of electrical communications on KRI Nanggala-402, told Al Jazeera that the couple have an 18-day-old baby and are waiting for the first father to come back from the sea to help him Spend time with her son Muhammad Elzayn Firendra Rahman.

“He had promised to come with me to get our son’s first vaccinations when he came back from sailing. But now he’s gone forever. I will tell my son that his father was a great man. “

“Although this is the toughest test of my life, I try to accept it and leave everything to God. May my husband rest peacefully because he died on duty and the search teams did their best, ”said the 26-year-old.

More than a dozen ships and planes were involved in the search for the submarine. Singapore, Malaysia, India, Australia and the United States sent special equipment to assist the Indonesian authorities.

The submarine was eventually located using an underwater rescue ship sent from Singapore that was able to obtain visual confirmation of the fragments of the KRI Nanggala-402. 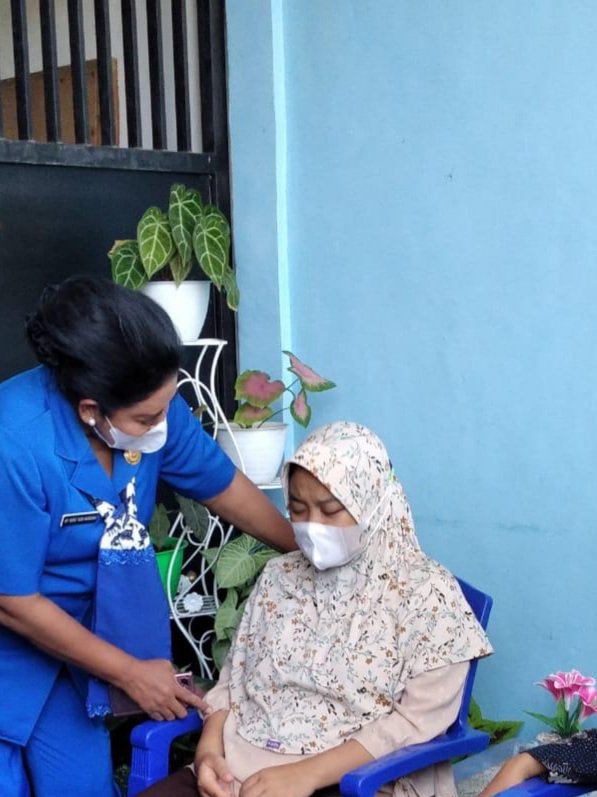 Gresilia is comforted by a friend. She and her husband, First Sergeant Rusdiyansyah Rahman, had just become parents for the first time [Reno Surya/Al Jazeera]

The Indonesian military has announced that it will attempt to “evacuate” the ship after finding debris from the submarine, including prayer mats and life jackets. However, the depth would make these efforts difficult and require special equipment.

Colonel Setiawan’s mother, Ida Farida, told Al Jazeera that she was proud of her son – who shouldn’t even be on the submarine, but had decided to join at the last minute to oversee training drills.

“I didn’t want him to be taken in my place first, but he died doing his duty. He kept his promise to his country until the end of his life, ”she said.

The 80-year-old added that she hoped the rescue mission would continue until the crew members were found.

“I hope that my child’s body can be recovered in any condition. We would like to bury him with his late father, a retired Air Force officer, in the family grave in Cilubajang, Sukabumi.”

On Monday, Indonesian President Joko Widodo, popularly known as Jokowi, announced that the 53 crew members would receive the Bintang Jalasena, or Navy Meritorious Service Star, which is usually awarded to members of the Indonesian Navy for off-duty service.

He added that all of the crew members’ children would fund their education through to university bachelor’s degrees. 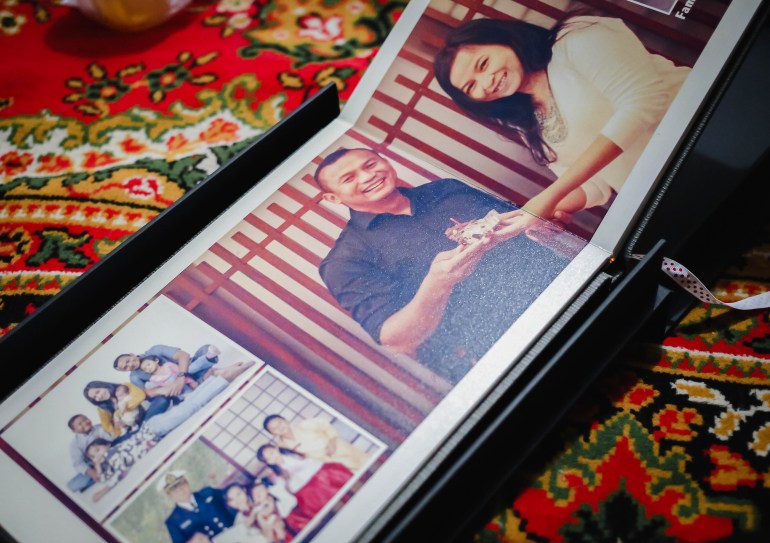 Colonel Setiawan’s wife, Winny, says her heart was broken because of the loss of her husband, who was the commander of MRT Nanggala-402 [Ivan Darski/Al Jazeera]Sheva Naufal Zidane, Colonel Setiawan’s 18-year-old son, told Al Jazeera he plans to follow in his father’s footsteps despite the tragedy that befell KRI Nanggala-402.

“My father was a family man. In my eyes he was a role model and he set me a good example, ”he said.

“Since I was little, I’ve always been closest to my father. He always told me stories about the Navy. I hope I can join the Navy too. Next year I will take the entrance test and hopefully pass my father and make him proud. “

Video by Letkol Laut Heri Oktavian and his crew singing a love song on board the KRI 402 Nanggala.

53 sailors, one of whom was my friend, are gone now. pic.twitter.com/nVON3tnG4P

‘Do you not know my jokes!?’ Wife of ex-con footballer laughs off ‘suicide attempt’...

Lebanon’s Gebran Bassil hit by US sanctions ‘for corruption’