The US television network NBC has announced that it will cease broadcasting the Golden Globes ceremony in 2022 after Hollywood questioned the ethics of the group that awards the annual film and television awards and its lack of diversity.

Actor Tom Cruise joined a revolt led by streaming platforms and studios and returned the three Golden Globes he won for his roles in Jerry Maguire, Magnolia and Born on July 4th.

NBC’s announcement of the decision on Monday came after the Hollywood Foreign Press Association (HFPA), which awards the awards, agreed to recruit additional black members and make other changes over the next 18 months. The network initially welcomed the plan, but later said it would wait and see if the reforms work.

The Hollywood Foreign Press Association has been under fire for months after widespread allegations of racism, sexism, bullying and corruption rose among its ranks.

HFPA members have also been accused of soliciting favors from celebrities and studios.

“Change of this magnitude takes time and effort, and we strongly believe that it takes time for the HFPA to get it right. Therefore, NBC will not broadcast the Golden Globes in 2022, “NBC said in a statement.

“Assuming the organization goes ahead with its plan, we are confident that we can air the show in January 2023,” added the network.

Chloe Zhao was named first female director for best director at this year’s Golden Globes [File: Peter Kramer/NBC via Reuters]Following NBC’s announcement, the HFPA said that implementing “transformational changes” was an urgent priority “regardless of the next Golden Globes air date.”

In a statement, the HFPA confirmed its planned reforms and set out a detailed timetable.

By August 2021, a new CEO will be hired, 20 new members added, a new code of conduct approved and, among other things, training courses on diversity and sexual harassment offered.

Last week the group approved a series of reforms to become “more inclusive and diverse” by an “overwhelming” margin, hoping to draw a line under months of negative publicity.

However, critics including stars Scarlett Johansson and Mark Ruffalo said the changes didn’t go far enough and failed to address some of the industry’s most fundamental grievances.

The annual Golden Globes ceremony, attended by A-list stars and industry executives, has become one of the biggest Hollywood awards in the run-up to the Oscars.

According to research published in February by the Los Angeles Times newspaper that found a group of 87 journalists, including bona fide reporters on major international publications, and semi-retired and obscure individuals who rarely work for mainstream media, had no black members .

NBC’s cancellation is a potentially fatal blow to the awards and the organization itself, which is heavily dependent on the Globes’ television rights for funding. Days after Netflix and Amazon Studios announced that they would not partner with the HFPA until it “makes more sense” and “makes more sense” “significant” changes have been made.

Johansson, the star of Lost in Translation and the Marvel superhero franchise, said over the weekend she “refused” to attend HFPA press conferences for years because “sexist questions and remarks” “bordered on sexual harassment”. 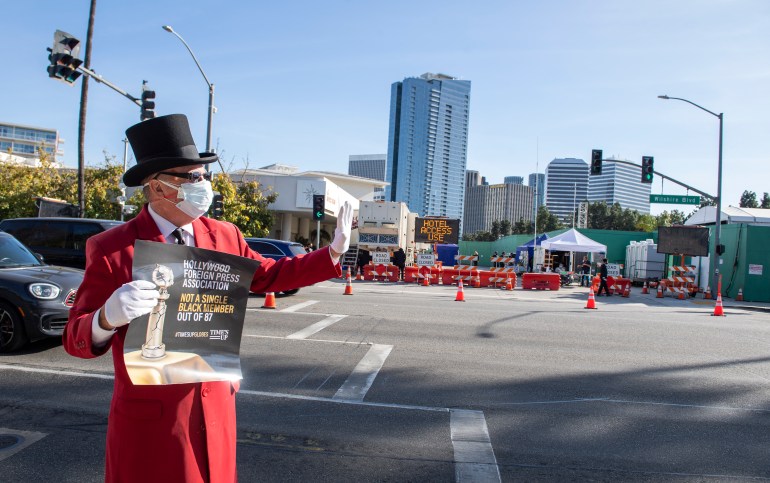 The Globes came under pressure after a Los Angeles Times investigation into the HFPA found it had no black members [File: Valerie Macon/ AFP]Ruffalo recently said he could “not be proud or happy” to win a Golden Globe from a group with a “culture of secrecy and exclusion” that continues to “oppose the change they are demanding”.

The National Association of Black Journalists, a group of more than 100 Hollywood publicists, several film industry unions, Time’s Up and the LGBTQ charity GLAAD have also condemned the group.

WarnerMedia, which owns HBO cable channel and Warner Bros film studio, said in a letter to the HFPA that press conferences and events during the Golden Globe nomination and award process were about “racially insensitive, sexist and homophobic issues.”

“For far too long, our teams and others in the industry have been asking for perks, special favors and unprofessional inquiries,” said the WarnerMedia letter.

Home Stimulus Has Prolonged Advantages, One other Verify – .