NOAA’s report on “New Normals” in Climate for the Last Decade shows the US is hotter thanks to climate change.

The United States is getting warmer and parts of it are getting wetter. That comes from weather data released Tuesday by the National Oceanic and Atmospheric Administration (NOAA).

NOAA, a US scientific agency that tracks weather data, has released a “new normal” dataset that tracks changes in the US climate. The report contains detailed information on the data from 1991 to 2020 and updates the so-called climate normals of the last 30 years so that the weather conditions can be placed in a “historical context”.

The latest dataset, replacing the normals from 1981-2010, shows an increase in mean temperature.

The data is from 1901, and “the impact of long-term global warming is evident,” said a summary of the information.

The latest normal batch will also contain data over 15 years.

Climate change can have a significant impact on industries such as agriculture, which relies on “certain seasonal cycles” for successful harvests. These cycles can be changed by temperature shifts. The data also shows that crop planting zones have moved north, which is a “clear signal that normal nighttime temperatures across the country have been warmer than they used to be”.

The effects are not standard in all regions. Some, like parts of the Pacific Northwest like Oregon, show gradual, steady temperature increases.

President Joe Biden, who has ambitious goals to combat climate change, speaks during a rally at the Infinite Energy Center to mark his 100th day in office on April 29, 2021 in Duluth, Georgia [File: Evan Vucci/AP Photo]Other regions, such as much of the Gulf Coast, show: “The normal annual temperatures were actually warmer than the 20th century average for the first four normals. Starting with the 1941-70 normals, they returned, with the normal annual temperature becoming progressively cooler over the next two periods. This cooling pattern weakened with the 1971-2000 normals and is all but gone today.

The USA is also getting wetter. The NOAA data suggests the difficulty of tracking rainfall as it varies greatly from region to region over time.

However, the data shows that regions of the United States that were “12.5 percent or more wetter than the 20th century average” make up much of the country. However, the southwest is becoming drier.

Scientists have long warned of the danger of elevated temperatures. Hot weather tends to result in more severe natural disasters such as hurricanes that have struck the US in recent years.

Scientists around the world worry about the increasing speed with which polar ice caps are melting. They expect them to raise sea levels and accelerate climate change by releasing greenhouse gases trapped in the ice. 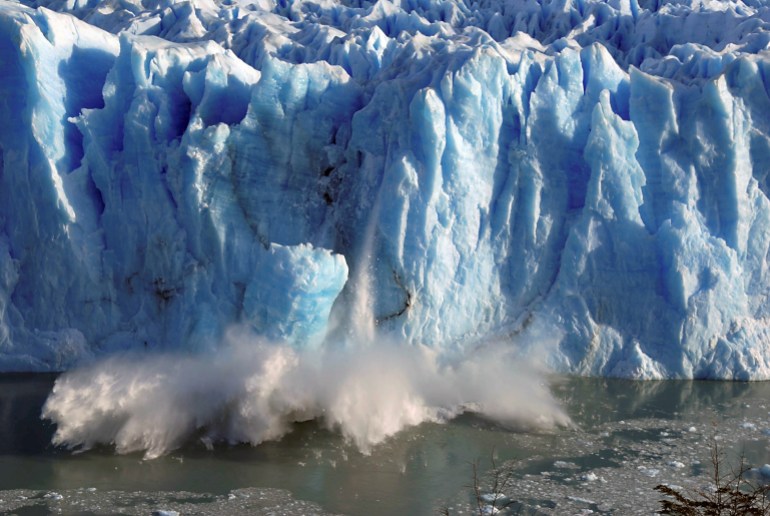 Ice fragments peeled off on July 7, 2008 from the Perito Moreno Glacier near the city of El Calafate in the Patagonian province of Santa Cruz in southern Argentina [File: Andres Forza/Reuters]US President Joe Biden’s administration has set ambitious goals to combat climate change.

The government announced at its Earth Day summit last month that it plans to cut national greenhouse gas emissions by 50 to 52 percent below 2005 levels by 2030.

Three sports activities which have DELIVERED throughout the pandemic, and three which have struggled...

In Footage: Fault Strains’s journey masking the US elections | US & Canada