Mangya, China – In an uninhabited area in the Chinese province of Qinghai, two people step out of a tent into a landscape that resembles a planet in space under a sometimes sepia-colored sky.

In bulky and worn spacesuits, they wiggle across the barren field. Behind them is a sign that says “Mars Camp”. A Chinese flag flies at the camp.

Qinghai’s terrain lies in the far northwest of China and is dominated by deserts and yardang landforms – sand-colored rocks and bedrock surfaces shaped by wind erosion – similar to Mars.

The only signs this may not be the Red Planet are the SUVs that carry dozens of tourists and the photographers who painstakingly take Martian portraits of visitors.

Since opening two years ago, Qinghai Camp has attracted tens of thousands of tourists eager to pursue their space dreams. It’s one of at least half a dozen that have been set up across the country.

“We have always been interested in Mars and did not worry about it when we heard that there was a Martian camp in Qinghai,” said Zou Xin’ang, who drove with his family for seven hours to get to the camp.

From the blockbuster Wandering Earth, a Chinese science fiction film on the subject of space, to live rocket launches, people in China are increasingly fascinated by space.

Behind the growing interest is the ambition of the Chinese government.

The world’s most populous country didn’t start a manned space program until 1992 – decades after the former Soviet Union and the United States – when the government passed laws to officially begin crewed space travel.

A child holds part of a rocket model at an exhibition on the development of Chinese space exploration at the China Science and Technology Museum in Beijing [File: Tingshu Wang/Reuters] 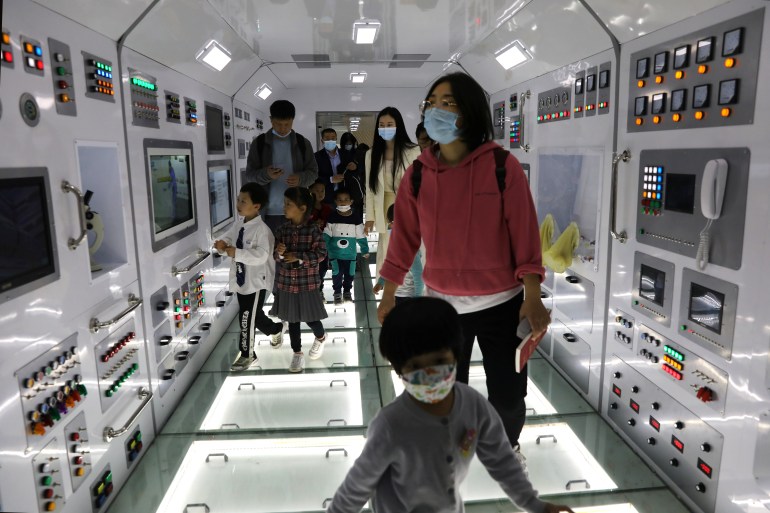 At the exhibition, visitors enter a model of the core module of the Tianhe space station. The space station’s first module went into orbit last month [File: Tingshu Wang/Reuters]Despite the relatively late launch date, rapid progress has been made.

The country sent its first taikonauts – a term derived from the Chinese word Taikong (which means “space” or “cosmos”) – into space in 2003, and in 2011 it positioned its first temporary module in orbit.

In 2019, a rover landed on the other side of the moon – the first country to do so. At the end of last year, the first rock samples were brought back from the moon in more than 40 years.

In a more symbolic and significant move, the independently designed and assembled Chinese Space Station (CSS) core module, called Tianhe (“Heavenly Harmony” in Chinese), was successfully launched last month. The core module offers the astronauts living space and a central control station. With a few more missions over the next two years to install the remaining elements of the station, the CSS is expected to be fully operational by 2022.

China has been banned from the International Space Station, which is a joint project between the United States, Russia, Canada, Japan and the European Union. The CSS therefore offers the world’s second largest economy the opportunity to extend its influence to the sky.

China sees the CSS as a hub for future science experiments, including a highly anticipated Hubble-class space telescope with a 300 times larger field of view than the Hubble telescope, state media said.

A little further away in the galaxy, China is preparing to land its Zhurong rover on the Red Planet sometime this month.

If China succeeds – and the landing is notoriously treacherous – it will only be the second country after the US to have used a rover on Mars. The Soviet Union almost did the feat, but after planning a soft landing, their lander failed to operate 110 seconds later.

Beijing’s space ambitions were set out in a 2016 white paper.

She wanted to “make China a space power in every way” and effectively question US dominance. 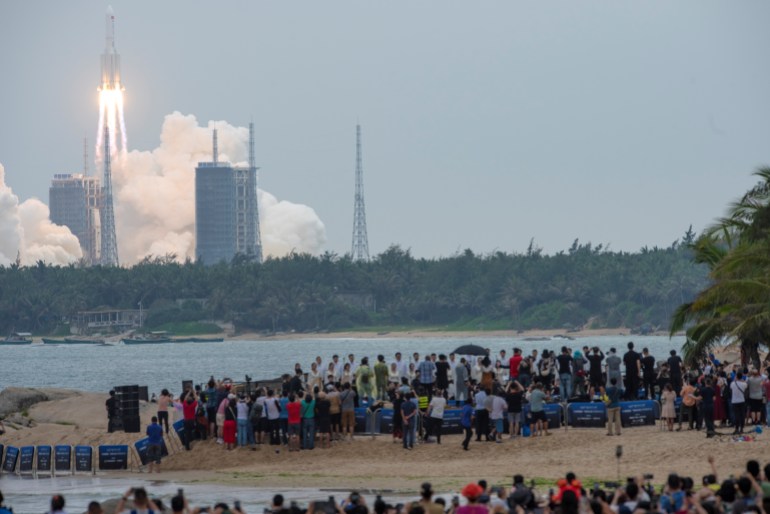 People gathered on the beach last month to watch the Long March-5B Y2 rocket launch, which carries the core module of the Tianhe space station. The success of the space program caught the country’s imagination [File: China Daily via Reuters]In his congratulatory speech after the successful launch of Tianhe, President Xi Jinping also made it clear that improving the country’s space program was an “important strategic step for the future development of China”.

China’s gradual yet steady rise in space power, while lacking the intensity of the race between the United States and the former Soviet Union during the Cold War, has raised questions about how to compete with the United States as relations between the two countries are on earth deteriorate to their lowest level in years.

In the US, where Taiwan and the South China Sea are emerging as potential hot spots, some fear that China could use its space breakthroughs to aid its military development.

However, it remains questionable how China’s space program will affect the balance of power between the US and China, and experts have warned against overdoing China’s space capabilities.

China is currently seeking space collaborations with a number of countries, including Germany and Russia, with whom it signed a lunar station agreement in March.

The Tianhe itself will be smaller than the current ISS, which is slated to be retired in 2024, unless their joint sponsors decide otherwise.

The station’s lifespan – roughly 10 years as stated by China’s chief architect at CSS Zhu Zongpeng – is also significantly shorter than that of the ISS, and China has also been criticized for allowing the remains of the Long March 5B missile to do that Core module carried into space falling back to earth in an uncontrolled descent.

NASA administrator Bill Nelson said in a statement after his re-entry that it was “clear that China is not meeting responsible standards for its space debris”.

“It is not exactly clear what specific benefits China could benefit from, other than exercising more soft power,” said Hines. “However, by investing large sums in the space program, Beijing is also risking undercutting its profits in other areas.” 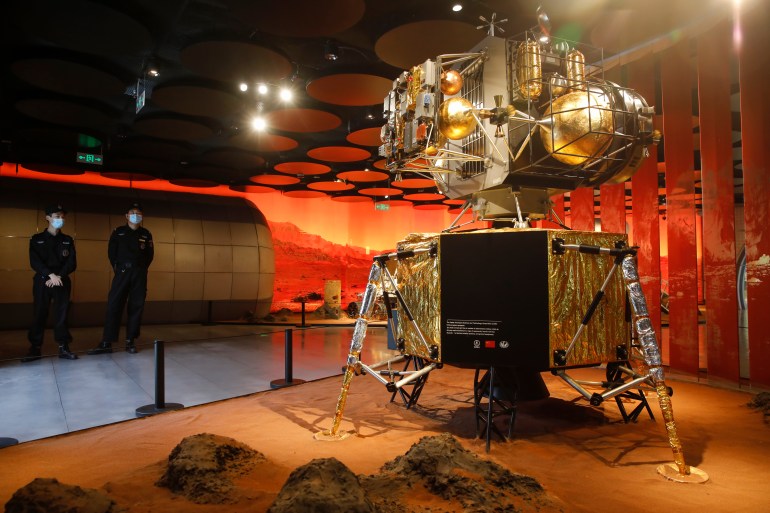 A replica Marslander that was on display at a mall in Beijing last July. China is expected to attempt to land the module on the Red Planet this month [File: Wu Hong/EPA]Still, the target audience for the Chinese space program may not even be in the US, but closer to home.

The space successes have further fueled national pride among the country’s citizens – from the thousands who go to the space camp to those who discuss developments in the virtual world.

“We’re going to build a space station on our own – that’s an amazing achievement for us Chinese,” commented a passionate Internet user on Weibo shortly after Tianhe launched.

Kelly Osbourne Addresses The Rumors That Family Reality Show ‘The Osbournes’ Could Be Making...

What that you must find out about coronavirus on Monday, December 7