More than 2.6 million households and businesses in seven states are without power after high winds leave a trail of destruction and at least three deaths.

As a Category 2 hurricane when it hit the southeastern coast of Louisiana on Wednesday, Zeta was still a tropical storm late Thursday morning with maximum sustained winds of 85 kilometers per hour – unusual even in a region accustomed to hurricanes and their aftermath .

At least three people have died as a result of the storm that hit New Orleans with wind and water and shattered homes. Some polling stations were affected and hundreds of schools canceled classes or planned to open late from the Gulf Coast to the Carolinas.

Widespread power outages have occurred in seven states, from Louisiana to the South Atlantic coast, and officials said some places could be in the dark for days.

The most recent blow from a record hurricane season in the United States has shaken people.

Workers remove debris from an uninhabited structure that collapsed on Wednesday when Hurricane Zeta hit New Orleans [Gerald Herbert/AP]Will Arute said it sounded like a bomb was going off when part of a large oak tree in front of his New Orleans house burst and struck his car and a corner of his house.

“I did not expect that. It was pretty intense along the eye wall when it went through here, ”he told The Associated Press.

“Roof blows in the wind”

Mackenzie Umanzor did not make much preparation as the last hurricane that threatened her home in D’Iberville, Mississippi a few weeks ago did little damage.

Zeta opened doors she had tried to barricade and left her with a cut hand. The top of her shed peeled off.

“You could hear the tin roof waving in the wind … and there were a few snapshots, lots of cracks from branches and trees fell,” she said. “It was pretty scary.”

Officials said life-threatening conditions would continue through Thursday, with Zeta as a tropical storm crossing the mid-Atlantic states before moving off the coast around Delaware and southern New Jersey. 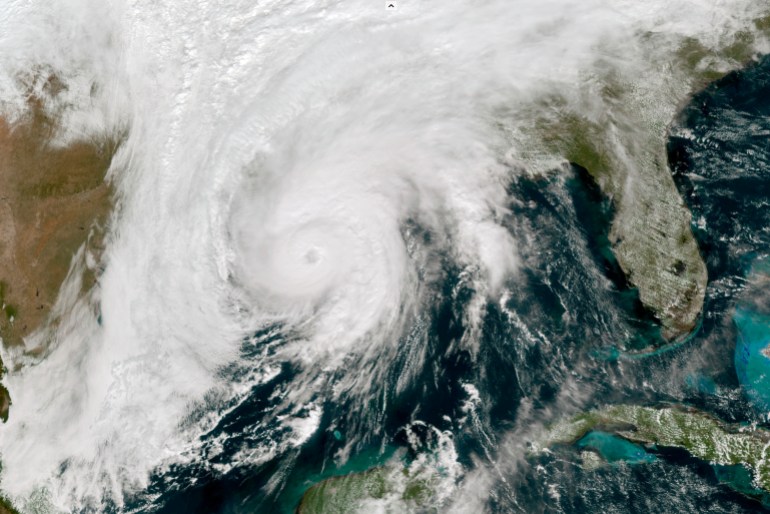 This satellite image captured on Wednesday shows Hurricane Zeta in the Gulf of Mexico near Louisiana [NOAA via AP]Louisiana Governor John Bel Edwards said the worst of the destruction – what he described as “catastrophic damage” – appears to be on the Grand Isle barrier island in Jefferson Parish, where Zeta struck three breaks in the levee.

Edwards said he had ordered the Louisiana National Guard to fly in soldiers to help with search and rescue efforts, including door-to-door checks of homes.

Zeta was the 27th named storm in a record breaking Atlantic hurricane season that has more than a month left.

It set a new record as the 11th named storm to land in the continental United States in a single season, well beyond the nine storms of 1916.

Medicated drops could assist shut macular holes, serving to some sufferers keep away from...